Lost your password? Please enter your email address. You will receive a link and will create a new password via email.

You must login to ask question.

| The given pie chart shows the quantity wise sales distribution of five products (A, B, C, D and E) of a company in 2016. 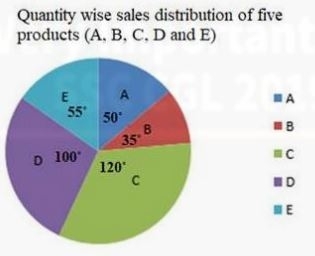